Email ThisBlogThis!Share to TwitterShare to FacebookShare to Pinterest
Labels: Kalender

This is a statement of love and affection... 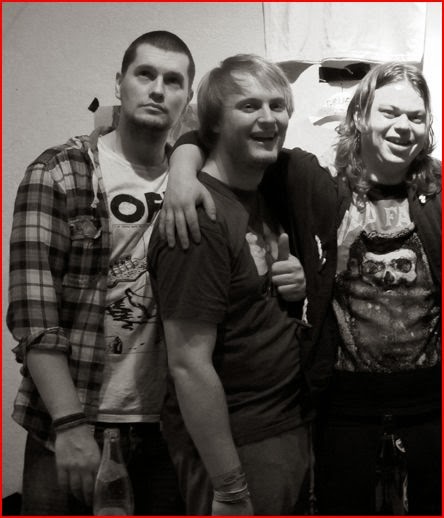 Once upon a time I got in contact to the stoner family and discovered some of the greatest music I ever heard. Coming from late sixties and seventies rock, being pushed by bands like Deep Purple, Led Zeppelin or Black Sabbath, but most of all, of course, there was the spirit of Jimi Hendrix that has influenced my musical taste over so many years. So in 2010 I discovered a little power trio from Rotterdam, called The Machine, and I lost my heart from the first second I heard that fantastic kind of music. It was the time when the band started to prepare for their third album, simply called „Drie“. Yes, indeed, this is the third CD of the band. They started in 2007 with a self-release named „The Shadow Of The Machine“, which obvious seem to be unknown to many people. It never released as a vinyl and even the band today loughs a bit about their first tries I can tell you it is worth to listen to every minute of that songs. 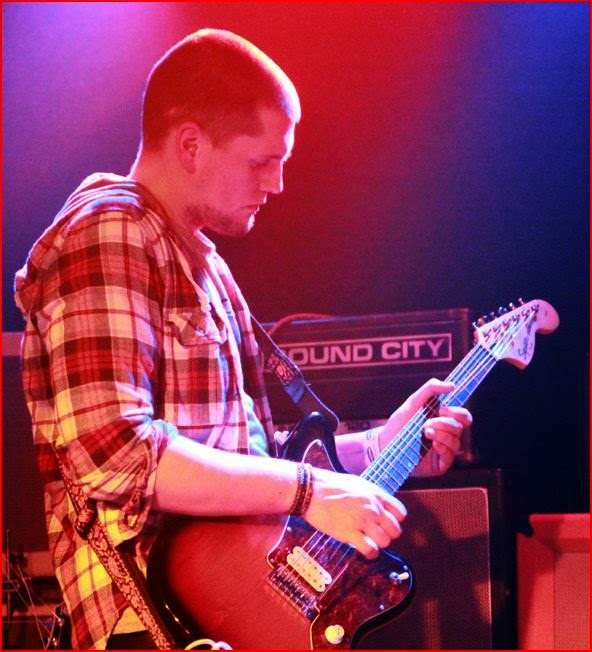 How can I describe the style of The Machine easily? Imagine the music of desert rock collides on an astral path with the genius of Jimi Hendrix´ guitar, and then you will be close to The Machine. Wonderful inspirited guitar workout, rising up some of the coolest improvisations in modern times the licks will carry you into your personal nirvana, totally fired by the deepest and hardest rhythms of thick strings and powerful drumming. A journey through times of Rock´n Roll, taking its roots in the first and greatest period of our culture and develop it into a modern way, that is timeless, full of passion and fun. So it´s not a surprise, that we can tell The Machine a fantastic live band. On stage they will show you their emotions in a way that can really hypnotize you. Every time I saw them performing it was pretty dangerous for my back and neck, but this music has ever fulfilled every cell of my being and it will bring my bones to move, even if I want or not. 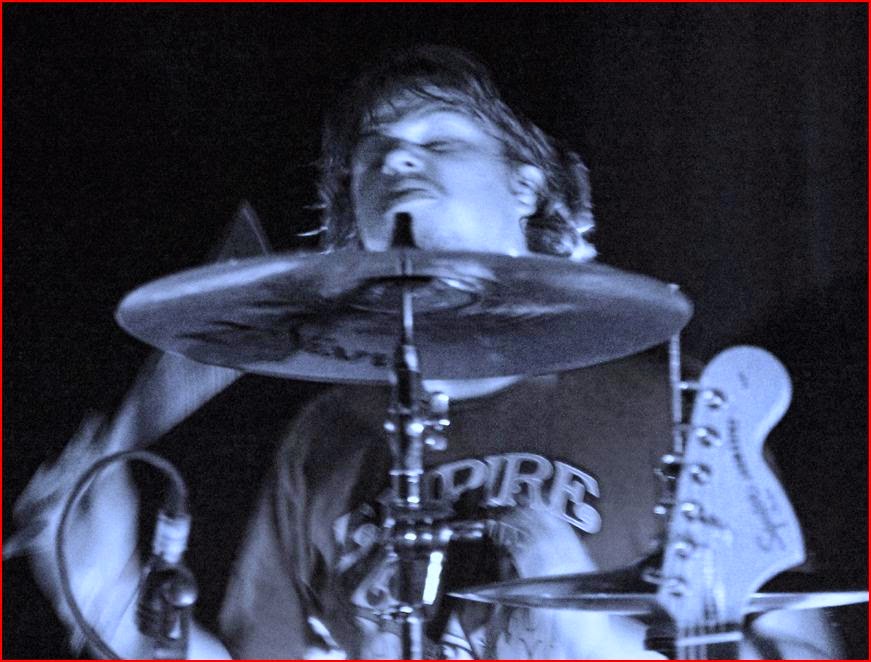 First time I met The Machine live in Holland, I was thinking of much older people, only knowing their second album „Solar Corona“ on CD, so I was totally surprised when I realized that all of them were so young that they could be my sons. Such young guys that make such great music that can transfer old buddies like me into the heaven of rock? Yes, they can!
It was a kind of religious feeling when they started their set with „First Unique Prime“, my absolutely dearest song of the band and one of the four or five greatest pieces of music I heard in the last twenty years. Shivers, showers and a lot of bouncing up and down floated through my body and brain, a totally symbiosis between the music and my own impressions. Yeah, I think that´s exactly the reason why I love that band so much. 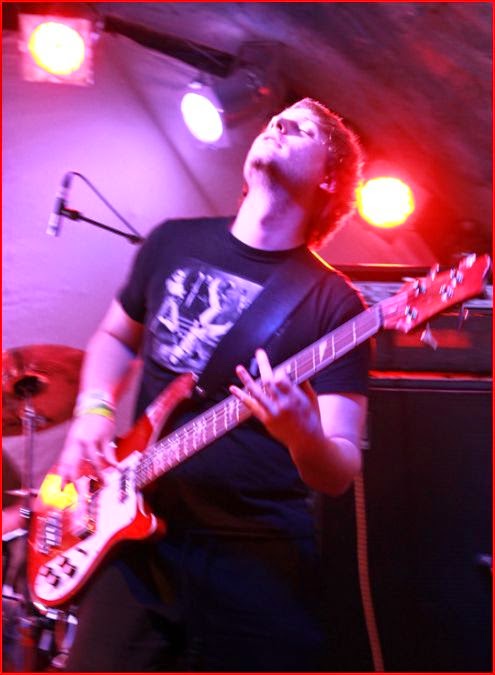 David Eering on guitar and vocals, Hans van Heemst on bass and Davy Boogaard on drums gives the term power trio back its deepest meaning. It´s pure energy and power which they can create on stage, but every time in a native, nice and modesty way, they will win your heart with their pure music, not an overloaded show.

Looking back to the releases of the band you can follow their musical development. In early times the songs could be called a complete picture of the crazy jams they produce on stage. Outracing, long improvisations started their career and led into second album, which was the first official release on Nasoni Records, „Solar Corona“ and culminated in fantastic „Drie“, now on Elektrohasch. Step by step the songs got a bit more structure, but the greatest step for the band was the way to album four, named „Calmer Than You Are“. This phrase you should know from cinema, yeah: „I´m calmer than you are“, once said Walter Sobchak to The Dude in one of the funniest movies of all time, the Coen Brothers “The Big Lebowski”, a movie that especially David loves very much. So the title is a kind of homage to a great movie, something you can find also in the history of my other deepest loved band, Monkey3.

But let´s have a look back to „First Unique Prime“ from Drie. Surely this song is perhaps the best example for fantastic improvisations and spontaneous composing. But you would simplify that wonderful song too much, if you only had a look on the great jamming parts. This 18 minutes monster is an absolute clever combination of styles, starting with some of the best psychedelic sounds the band ever produced and taking time to let the music breathe. Then it gets its break by fantastic and stone hard stoner riffs and licks, culminating in a kind of blues-rock inferno. This song was born really in a jam, the band once told me. Hans started a riff which remembered on a song of The Sword and the band followed that way. The main theme and most of the entire outracing end, David thought back, were in his head for a longer time, only waiting to become set free. The result is a song that can show you the way into a better world, giving you strength and hope, a song that takes you away.

As named in „Calmer Than You Are“ the band first time went over to more structured songs. My favorite from this album is „Sphere (Or Kneiter)“, a fantastic musical adventure with deep psychedelic workouts, also one of the greatest live experiences of the band. 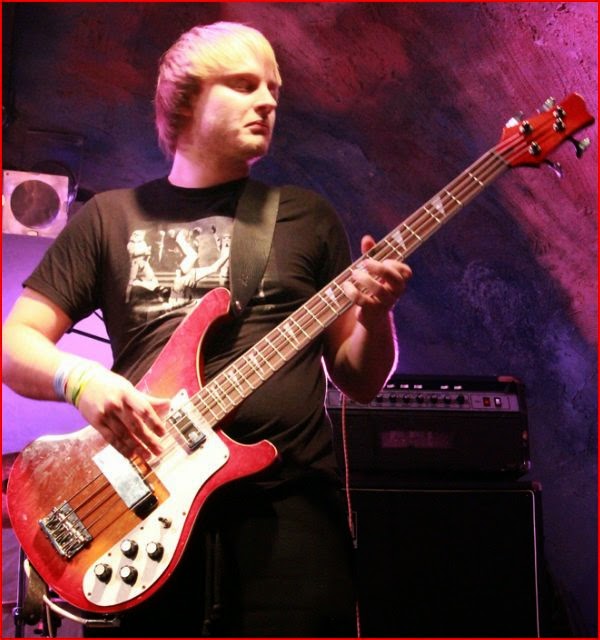 Last work on vinyl and silver rounding was the split album with their mates from „Sungrazer“, also from Holland and no longer existing (sad, sad...), where the band showed some of the deepest riffs in their history, most of all in „Awe“, but also created a very short, but heavy punk song.

I think, fun and humor is a basic fact in the music of The Machine. Once I saw them in Cologne, and they played one of their totally thrilling jams, when David suddenly started the theme of „Daddy Cool“, old pop song from the seventies. The jam incidentally started with Jimi´s „Machine Gun“, so I think there is only one band on planet earth, that is able to combine Jimi Hendrix with Bonny M. in a way, where you can say: Yes, that fits! Crazy and funny, but with deepest empathy and devotion to the music.

The Machine has rocked a lot of stages, playing great festivals as Roadburn, Desertfest and Burg Herzberg. They have a strong fan community and the concerts of The Machine will always show you the deep respect of all band members to the music, they will ever do their best to satisfy the audience with energetic and powerful music. So where ever you get a chance to watch them live, just take it and have a great time. Yeah, and the guys are always prepared to have a lot of fun, so get in touch and find it out yourself.

World can be great and far, even everything seems to be so near. What would you call it, when an old rocker from the Ruhr area goes to Westphalia just to visit his favorite bands from Bavaria and Switzerland and later talks about it on Stoner Rock Austria – that´s desert rock feeling made in Europe. One evening, cruising through the orbit of Monkey3, just to continue your journey into universe with Colour Haze is a privilege of first class happening. And somehow this has its special connection to the Lake On Fire festival, because the headliners from last year and the upcoming event shared that stage at Münster.

In times of RTL and Bild newspaper you should be careful with the word cult. In our society this term is often used for strange things I will never understand. But if cult comes from class and capability then Colour Haze deserves it to be cult. In the European underground scene this band is surely the most admired trio, fantastic solo musicians who founded an origin and authentic style, that a complete generation of musicians like to imitate. Philipp, who plays the fat strings harder than anyone other, a sound, that kicks your ass like thunder and lightning; Manni, who rushes over the skins like a wizard, with energy that never seem to stop; and of course Stefan, who plays the guitar in a way only Stefan does, a style that would make old Jimi smile on his cloud when he passes by. And together they change between fascinating psychedelic workouts and the hardest riffs in the universe. Thanks again to Gods of R´n R that they have put them three together.

We got a classic set with the bands most played live acts, connected with two completely new songs. Yeah, and the rumors are right, Stefan confirmed that the band is working on a new album, wonderful outlook for future. “Aquamaria” and “Moon” were a traditional start of a Colour Haze concert, but too late I noticed that I got problems with my camera, so I had to do a lot of shots at the end of the concert. But similar to Monkey3 there is a song during which I will never put photos, that is “Transformation” from latest album “She Said”. This epic is an energy fountain of first class. Coming from a smooth and leisurely rhythm Stefan develops a solo, that increases its intensity more and more to an ecstatic feeling, a float of optimistic and positive electricity, that lead you to outer worlds but also to the best ghosts into yourself. This song sets you free, it´s hypnotic in best way.

Certainly “Peace, Brothers And Sisters” was also a main part of the evening with a particularly virtuosic solo of Stefan. And the new stuff have taken all my senses and anticipation to the new album, whenever it will release.

All visitors of Lake On Fire 2014 can feel happy to see this great band performing live, one of the biggest highlights of the year. And Stefan has promised to give us an interview for Stoner Rock Austria just before the festival, so let us be curious for what he will tell us. For all who can´t wait until that event in summer, there is Desertfest coming up at last weekend of April in Berlin with a fantastic line-up, three days of Stoner, Doom and Hardrock, I´m looking forward to that. 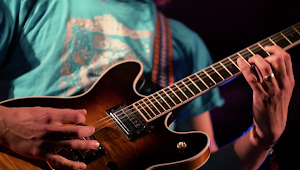 Colour Haze - Aquamaria live at the Lake on Fire Festival 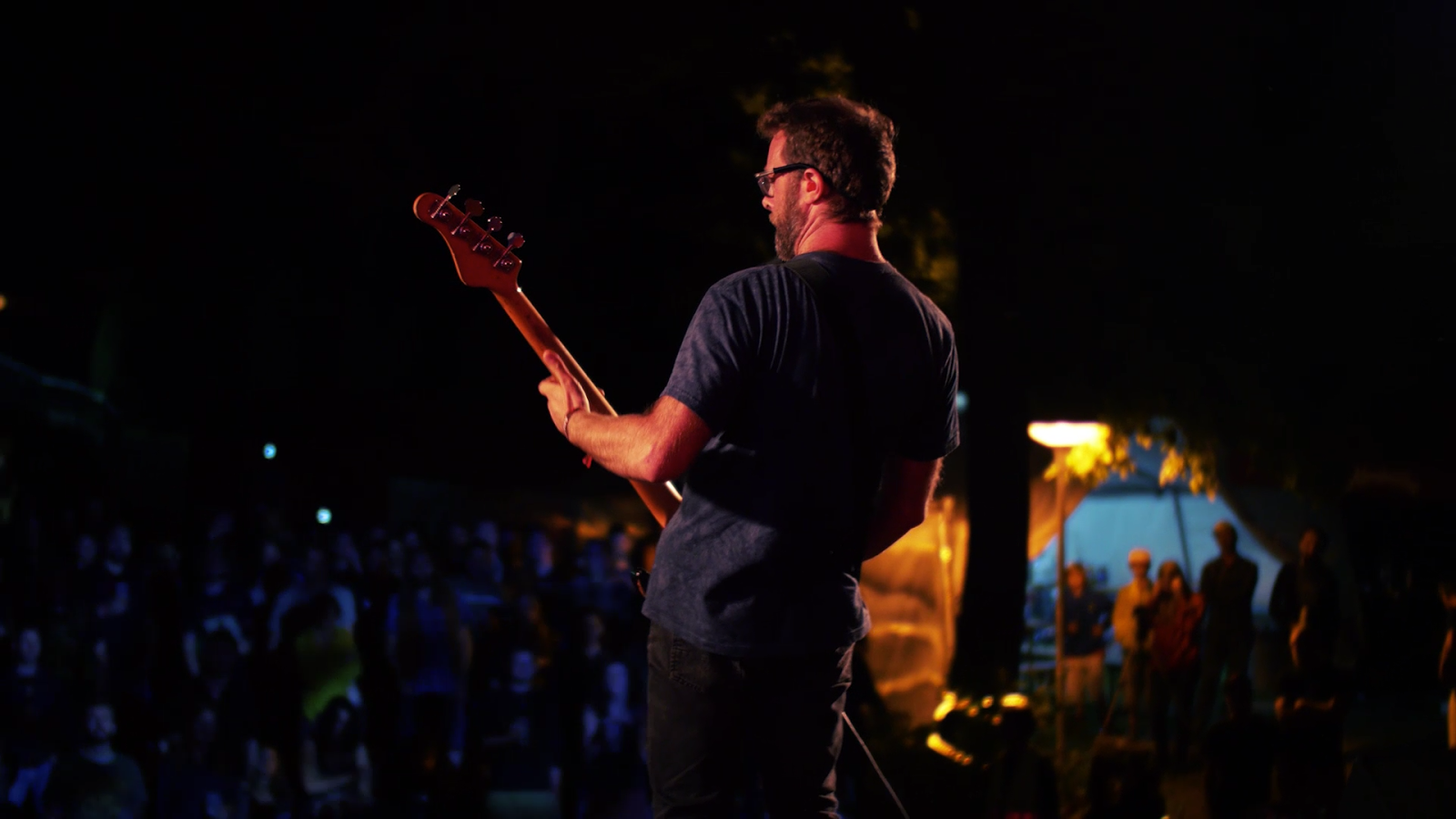 Stoner Rock Austria is supporting all kind of heavy tunes, i.e. stoner/psychedelic/doom/drone/sludge no matter if it was founded in Austria or in any other country. Remember, we're just one big heavy psyched out stoner family! 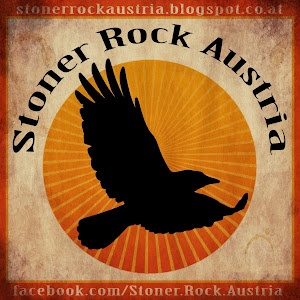